The Embrey Family Foundation, based in Dallas, Texas, was established in 2004 by J. Lindsay Embrey (1925-2005). It continues a family tradition of philanthropy and community-building begun by Lindsay Embrey’s great-grandfather, Judge J.M. Lindsay, in Gainesville, Texas.

Today, the foundation’s activities are led by Lindsay Embrey’s daughters, Lauren and Gayle Embrey, and the Board of Directors. 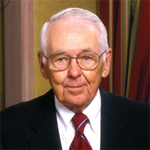 J. Lindsay Embrey, (1925-2005) was a visionary entrepreneur who shaped the future of his community and his alma mater, Southern Methodist University. In the 1950’s, he was instrumental in developing what would become Richardson and the North Texas Technology corridor. As a philanthropist and volunteer, J. Lindsay Embrey generously supported SMU, where his legacy includes the J. Lindsay Embrey Engineering Building and an endowment that has provided scholarships to more than 2,000 engineering students. 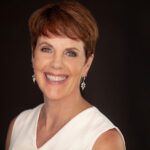 Lauren Embrey is the Philanthropic Vision of The Embrey Family Foundation and CEO of Embrey Interests, Ltd. She also serves as a Board Member of The AT&T Performing Arts Center, The Dallas Film Society, The Dallas Theater Center, The Letot Center Foundation Board, and TACA in Dallas, The MS Foundation for Women, The Women’s Media Center, and Women Moving Millions in New York City.

Lauren serves on the Advisory Board for Human Rights Initiative in Dallas, Nomi Network in NYC, The National Observer in Vancouver BC, the Honorary Board for Have Art Will Travel in New York City and Titas in Dallas. She is the current Co-Chair for Kitchen Dog Theater’s Stay Campaign.

Lauren’s passion is theater, dance, film and human rights work. She produced the U.S. Premiere of Truth in Translation in 2007 at Southern Methodist University. She is Executive Producer for the documentary Playground, a film on the commercial sexual exploitation of children in America, and a documentary on The Apollo Theater. She is involved in Chicken n Egg Pictures, Impact Partners and The Sundance Institute.

Lauren is currently involved in the development and production of a film on the life of Bert Williams and is working on her first fiction novel scheduled to be complete in 2020.

Lauren is a member of Women Moving Millions, The Threshold Foundation, The Democracy Alliance, and Synergos Institute’s Global Philanthropist Circle.

Lauren received the Women That Soar Award for Philanthropy in Dallas, TX in 2009. The Embrey Family Foundation received the Award for Outstanding Foundation by the Greater Dallas Chapter of the Association of Fundraising Professionals and the Angel of Freedom Award from Human Rights Initiative in 2009. In 2015, the Foundation received The Destiny Award from St. Phillips School in Dallas for their Dallas Faces Race Initiative. Lauren received the Champion of Human Rights Award given by Mosaic Services, the Peacemaker Award from Peacemakers International, and the Women Who Give Hope Award given by The Chiapas Project in 2010 and was recognized as one of Womens Enews 21 Leaders for the 21st Century in 2011 and The MS Foundation for Women’s Women of Vision Philanthropy Award in 2013. She received Ignite’s Trailblazer Award, Chicken and Egg Pictures’ Good Egg Award, The Pachamama Alliance’s Philanthropy Award, Dallas Women’s Foundation’s Maura Award, and She Should Run’s Wendy Award in 2014. She was awarded the Force for Change Award by the Texas Equal Access Fund in 2015 and The Abolitionist Award from Nomi Network in 2016, The Dallas Holocaust Museum’s Hope for Humanity Award in 2017 and The Women’s Media Center’s Catalyst Award in 2019.

The Embrey Foundation is a member of the 100% network, aligning 100% of their assets with their values. The Embrey Family Foundation has supported and invested in many community and national efforts that further the business and leadership of women and communities of color.

The Embrey Family Foundation founded an initiative in 2013 called Dallas Faces Race. This initiative grew and culminated into a partnership with the W K Kellogg Foundation’s Truth Racial Healing and Transformation work in 2017.

Lauren received her Bachelor’s in Business Administrations and her Masters in Liberal Studies from Southern Methodist University in Dallas, TX. 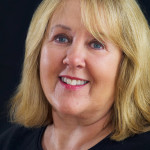 Gayle Embrey is a filmmaker, artist and a Licensed Professional Counselor in the State of Colorado who recently retired from private practice. She served as President of the Board of the Embrey Family Foundation from late 2005 to 2008.

Gayle is the owner of Power Surge Productions, LLC, a company dedicated to producing thought-provoking films and literature. She is currently working on a book to accompany her documentary film titled Beyond The Walls (2014). Beyond The Walls screened in twelve film festivals worldwide and is now available for purchase and for use in school and university classrooms. The film tells the stories of communities around the world who go to the walls, painting their stories to give voice to their life experiences. In partnership with filmmaker Sue Drinker, Embrey is in production on a film, Battlement Mesa, chronicling the fight between retirees and the oil & gas industry in western Colorado. Embrey and Drinker previously worked on a documentary film, Art as a Way of Being: Squirrels, Sex & Big Ass Grinders (2013), about the lives and work of seven women artists in the Roaring Fork Valley of Colorado.

As a licensed psychotherapist, Gayle specialized in recovery from trauma, addictions and eating disorders. She worked for many years counseling survivors of domestic violence and sexual assault and she provided pro bono counseling services to survivors of torture.

Gayle is passionate about the way that the arts provide a vehicle for conversations that might not otherwise occur. She also has a love for the environment, animals and the philosophy and practice of yoga. When not making a film or creating a work of art, Gayle spends as much time as possible outside in nature. She is currently on the board of Aspen Film and is a former board member of the Carbondale Council on the Arts & Humanities. She is an Advisory Board member for Colors of Connection and Artworks for Freedom.